#3: The Wall and the Window-The Years EP 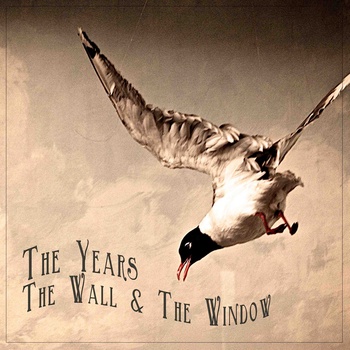 This folk duo came out of nowhere in December, just when I thought I had my top 11 list finished. Though this 5-song EP was recorded using a 4-track cassette tape recorder, I wouldn’t call it lo-fi in the least. But I wouldn’t call it polished either. Honest is the word I think fits best. On The Years, the Wall and the Window combine beautifully warm harmonies and genuine songwriting to create an EP that holds up to the best songs from many of folk’s giants like Simon and Garfunkel or Peter, Paul, and Mary.

Not many bands can sound like Radiohead and the Beach Boys both in the same song (“Burden”). Minor Characters’ debut EP is equal parts experimental and equal parts pop music, a formula that has allowed them to craft 5 extremely intricate and well thought out songs, none sweeter than the Wilco-driven “Come Break My Heart.” (If I was doing a list for best 11 songs, this would be #1)

This LP is all over the place. There’s garage, glam, girl groups, punk, and blues-all seen through the lens of five pissed off teens. This band keeps busier than most, seemingly recording and releasing a song every few weeks or so. And it shows because on Remember When, the Orwells have gone from good (last year’s Oh! Well) to great.

Perfect musical accompaniment for a haunted house or dingy dive bar,You Can’t Win is full of ominous, organ-heavy rock and roll. The way singer Mary McKane growls all over this record, I found myself constantly being reminded of the Whigs and fellow windy city spook poppers Hollows.

Cosmos Kids, like the Laureattes, wear their influences on their sleaves, though Cosmos Kids may wear theirs more boldly and proudly. Listen to album closer, “Saying Goodbye” or “Fight for your Love” for proof that this band has a very real knowledge of and love for the early days of rock and roll.

Last year, the Laureates smittened me with their EP, No Kontrol, so much so that I named it one of the 5 best releases of last year. On Spells, the guys may have opted to ditch the heavily distorted vocals, but have kept the Britpop sensibilities that hooked me in tact. It’s not surprising this LP was recorded during the same year the band also recorded a year’s worth of covers from bands like the Yardbirds, Stones, and Troggs. Spells, much like it’s predecessor shows no qualms about wearing its British Invasion influences on its sleaves.

On Synthworks, Narrow Sparrow’s debut EP, the group has perfectly married early 60s sock hoppery with modern electronics. This 4-song EP combines theramins, sythns, drum machines, and pretty melodies to create what, to me, is the musical equivalent to an Edgar Rice Burroughs novel. 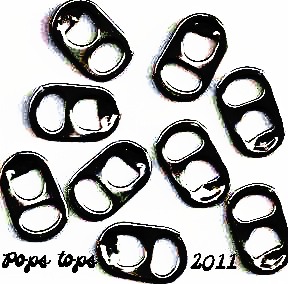 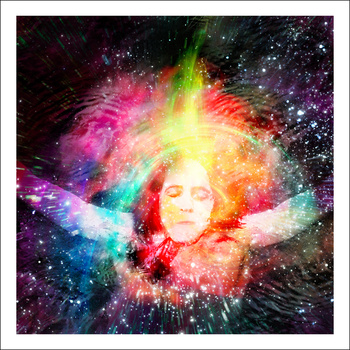 A few weeks ago, I featured Northpilot’s single, “1,000 Lives” and thanks to its atmospheric synth work and sci-fi themes, I thought it sounded like a Sci-Fi magnum opus. If Narrow Sparrow’s Synthworks EP is a 50s Sci-Fi B flick, than “1,000 Lives” is more George Lucas. The B-side, “Maps & Dragons” is a bit less operatic but just as great nonetheless.

Mannequin Men’s selft titled Addenda release is sort of a garage rock anomaly in that it would feel just as at home next to the new Black Lips album as it would with an old Waylon Jennings record. You also get some post punk and Pixies love on this record.

Because Tiger Bones draw on just about every era in rock’s 40 something year history from Band of Horses to 80s post punk to reverby 60s psychedelic and because I’ve decided to keep these album write-ups short and sweet,  I find the task of wrapping this EP up in some snappy, well-worded description to be impossible. So I won’t try. Just listen and enjoy, and if you need to slap a label on Go Over Here, all I can say is, well, good luck.

Change consists of 4 soft, sweet, synthy dream pop songs. Think the Smiths with a girl singer, minus the pretention.

Secret Colours have recently unveiled the music video for their psych mood changer, “Faust,” which depicts some unforseen risks involved in robbing a convenience store. The track is one of five to appear on the band’s upcoming EP, EP3. You can catch Secret Colours on Saturday, Jan. 7 at the Empty Bottle for their EP release show.

When I first started Chicago Garage last year, I used do a post called Classic Garage Thursdays where I’d feature a classic 60s song from an Illinois band each week. Nowadays I usually stick to current Chicago bands, but because Shoes are from Illinois, I figured I’d reprise the idea of featuring a classic as an excuse to share this gem.

When I heard this song over the Best Buy speakers this weekend, it launched an all day online search. I couldn’t get this song out of my head, and all I had was one lyric to go by, “I hope you find yourself someone this Christmas.” It has all the qualities of the best Wall of Sound Christmas songs by groups like the Ronettes and the Crystals mixed with 70s power pop cheese, the Jesus and Mary Chain, and  some Beach Boys-style backing “Ahs.”

Mannequin Men stopped by the A.V. Club Studios earlier this month to play their cover of the novelty 50s Christmas tune “Nuttin’ for Christmas,” and though the snowless, 40 degree weather and lack of televised “Jingle All the Way” has left me with little Christmas spirit, this punk-inspired cover has given it a much needed boost. Check it out here. While you’re at it, why not pick up their new vinyl LP out now on Addenda?

Though the history books of Rock and Roll like to omit this fact from its pages, the Kinks are in fact the best and most underappreciated group in rock and roll history. Classic albums like Arthur, Face to Face, and The Village Green Preservation Society go unnoticed while bands like the Rolling Stones, the Beatles, and the Who remain worshipped.

Neotomic Webzine, a music webzine-turned record label knows this fact perhaps better than anyone. The man behind Neotomic, Cody Conard has hand picked an impressive cast from today’s garage and punk scene to perform their favorites from the Davies brothers’ pool of should-have-been hits to be released on a vinyl LP. Watch the Kickstarter video and consider giving your monies to make this happen.

On their newest single “1000 Lives,” Northpilot has created a 4 minute sci-fi magnum opus. It seems much more appropriate to call it a composition than it does a song. With its darkly churchy synth work and layered atmospheric melodies, I can’t help but be at least vaguely reminded of Julian Casablancas’s solo work (“Glass” in particular.)

Where “1000 Lives” is enormous, the b-side, “Maps and Dragons” pulls back and shows a more folked-up approach. Still present, however, is the perfect mixture of human and electronic instrumentation. The highlight of the song is the not-so subtle homage to “Lake Shore Drive”.

If you hurry, you can catch Northpilot perform live on Audio Tree at 7:30 p.m. You can also catch them at Schubas on Friday, Dec. 16 with Color Radio and Minor Characters.

Uh Bones begin their lazy garage/blues tune “My Mistake” with the universally recognizable line, “When you’re on your own/have nowhere to go.” Anybody with a Blind Willie Mc Tell or Robert Johnson album has most likely heard the line or something similar somewhere. As I listened, I was reminded of something Little Steven said in my early garage rock schooling days. He said that garage music was just white guys butchering black blues. Welp, by Little Steven’s standards, Uh Bones appears to be the garagiest of the garage. Gloria times ten. The aptly named Uh Bones has taken the progressions and themes of somebody like Blind Willie McTell, turned them inside out so you can see its bare bones–so you can see that lonlieness, the blues aint pretty. This song may be sloppy, but it’s one hell of a garage tune.

Highlight: The sloppy solo that moves along as quickly as an underwater jog.

You can catch Uh Bones Thursday, Dec. 29 at Panchos with Those Howlings, Charming People, and Little Boy Jr.

Kenny Alden of Magic Milk admits, “I suck at everything else so i have to take as much work as a performer that i can get.” And if you’ve been to a Magic Milk show, you know there may be some truth to that statement. After leaving the Beat Kitchen after their set opening for An Horse a few months back, I had trouble picturing Kenny behind a counter or in an office. He seemed much more at home taking off his pants on stage, thanking the sound guy with the wink of an eye and the rub of a nipple, ordering the crowd to clap along and finishing the night by destroying a bass drum. On record, Magic Milk is good garage revival music; but Magic Milk live is a whole other story. Aside from the above antics, Kenny howls and yips through his harmonica microphone like he’s the bastard son of Dexter Romweber and Elvis as the band behind him turns out golden 70s punk nuggetts. Check them out at Pancho’s this Sunday (11/27) if you want to see perhaps one of the best live shows Chicago has to offer.

Read on to hear about the new city ordinance involving Magic Milk and to see what makes Magic Milk’s perfect mixtape.

1. What are your top 3 influences?
girls, friends, movies

3. I saw you guys at Beat Kitchen a few months ago when you played with An Horse. I have my own way to describe Magic Milk live. How would describe a Magic Milk show?
A writer once described Magic Milk as “knife fight party music” , I like that description. We also throw confettie when we can afford it.

4. (Less of an interview question and more curiosity) Were you guys able to fix the bass drum after that set or was it destroyed?
no, but that hasn’t stopped us from using it.

5. It sems like you guys are on almost every great bill in Chicago. Does it get exhausting playing so much?
The city of chicago will actually be enacting and ordinance next year that will require Magic Milk to be on EVERY great bill thereafter, so it’s going to be even worse. It does get exausting, but it seems like if the world gives you reason to believe that you are good at something, then you should put your whole ass into it. I suck at everything else so i have to take as much work as a performer that i can get.

6. Any plans for a new ep or full length in the near future?
we are finishing a full length studio album and will begin shopping it around within the next month or so. hopefully that will be in stores on your turntable by late winter/springtime. i’m also working on my cell phone album, who knows when that will be done.

7. What’s your recording process?
Get stoned, record shit on my cell phone, take it to Brian, go to Brian’s studio, Brian sets up the microphones and stuff, we get stoned, I track all the parts, we go home.

8. What’s your song writing process?
i play guitar and sing into my phone, then i write lyrics on scraps of paper floating around my room, then i forget about it. i have around 800 songs/ song musings saved on my phone.

9. Kenny-I’ve heard taking your pants off is inevitable at some point during a Magic Milk show. Is this true?

I try my best to be a professional.